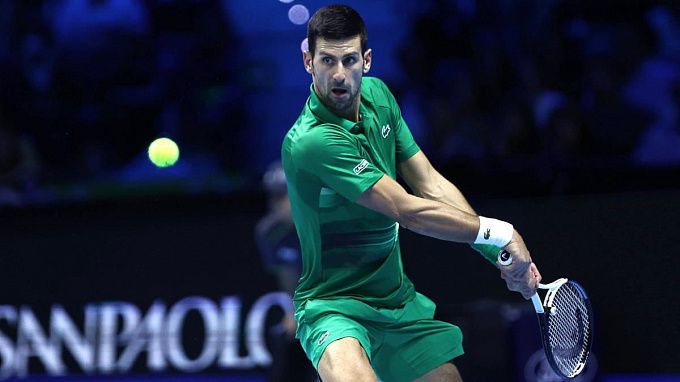 On November 20 in Turin we will witness the final of the Final Tennis Tournament. In the decisive battle, Kasper Ruud will face Novak Djokovic, read the forecast of the match of these tennis players on the pages of our resource.

The young Norwegian has had a very strong season, after two finals in helmets he managed to advance to the decisive match here as well. It will be difficult for the title, because he will face one of the strongest tennis players in history. At this tournament, Ruud secured the top spot in the group after just two games as he defeated Auger-Aliassime in straight sets and Taylor Fritz in three games, both victories hard. There was no tournament motivation in the third match, the Norwegian lost to his idol Rafa Nadal – 5:7, 5:7. In the semi-finals, Ruud defeated Russian Andrei Rublev – 6:2, 6:4.

Djokovic can win another title

The fact that “zero” reached the final is quite expected, having won all four matches in this tournament. In the group stage, Djokovic defeated Tsitsipas, Rublev and Medvedev in turn. The semi-finals proved difficult, although the Serbian defeated Fritz in straight sets, both times having to play tie-breaks. Novak has won the finals five times, only Federer has more titles to his name (6), so if he wins, the Serbian could catch up with the star Swiss.

The rivals played each other three times, twice on clay and once on hard, in all cases Djokovic won without giving up the game. The only match on artificial turf took place at the Final Tournament last year, but then the tennis players’ paths crossed in the group stage.

Bookmakers see Djokovic as the big favorite for this final, his vast experience and head-to-head advantage really point to the Serb’s advantage. But even so, Ruud also shows tennis at a good level, besides, after two finals in helmets, the Norwegian can not be scared in the decisive battle. Let’s take a risk and bet on the win of the underdog with a handicap of +3.5 games.